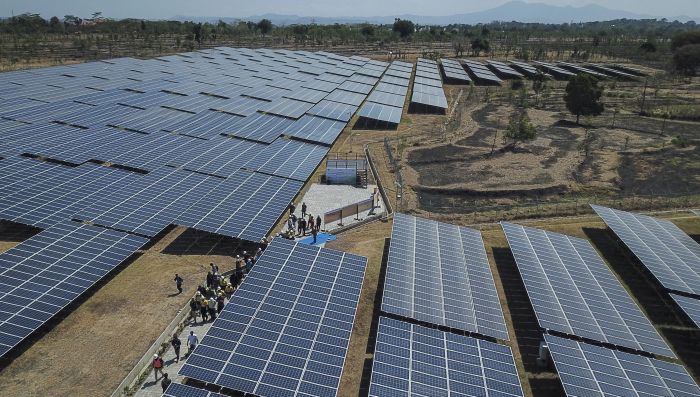 Solar Panel for Indonesia Renewable Energy – How often do you see solar panels in Indonesia? Whether in the large areas or roof buildings, solar energy hasn’t been very popular for its expensive installments. Indonesia’s power plants are still relying on fossil fuels, and the transition to renewable power plants installments is still blocked with funding, area availability, and of course, complicated regulations. However, Indonesia has pledged to reduce greenhouse gas emissions by 29-41% by 2030.

Around the world, governments and stakeholders are considering how to implement a “just transition” from coal to clean energy. The effort is shown in the rise of renewable energy installations worldwide up to 200 gigawatt in 2019, mostly from solar panels. For a consecutive 5 years, clean energy has replaced coal and nuclear in the. In general, existing renewable energy capacities can produce around 27,3% electricity worldwide by the end of 2019 (REN21, 2020).

According to the research conducted by PhD candidate from Australian National University David Firnando Silalahi about Indonesia’s potential to attain 100% green electricity, he found that the country has the power to produce 640.000 TWh electricity purely from solar energy. In comparison, national electricity production in 2020 is as much as 272,42 TWh. Around 90% of power plant production in Indonesia is derived from coal. This fossil fuel is considered as the most low-maintenance and efficient, as quoted from Financial Times.

However, Carbon Tracker found that photovoltaic installations would be much cheaper by 2020-2022 than building a new coal power capacity. By 2027-2028, it will be cheaper to build new solar PV capacity than keep existing coal plants operating. The same study also shown that the average coal unit will be retired at just 15 years old, far earlier than forty-year assumptions often associated with coal plant lifetimes. Indonesia is the most at risk of stranded assets, with $35 bn at risk.

Here are the reasons on why solar could be the answer to the transition from coal to renewables.

As a country that is located in the equator, Indonesia has the advantage of producing solar energy throughout the year. Despite this, solar panels only contributed 0,04% of the country’s total energy production. According to the International Energy Agency (IRENA), Indonesia’s solar energy capacity is even smaller than Singapore, the smallest country in Southeast Asia.

Considering the transitional effort, Indonesia still needs to learn from Germany. The energy sources of this subtropical country is dominated by solar energy, with a total contribution of 50%. Out of 177 Gigawatt (GW) produced globally, Germany produced 38,2 GW. Despite not having the privilege of long lasting sunlight, Germany targeted to shift from fossil energy to solar and other renewable by 2050. The transition required a substantial amount of time and serious commitment.

According to the research conducted by David Silalahi, Indonesia required at least 8.000 kilometer square or 0.4% of existing land to establish the solar panel that will fulfill the expected target of 1,500 gigawatt solar energy by 2050.

0,4% may be insignificant. However, the amount still does not determine whether the existing land is managed by the local or central government. Nevertheless, the obstacles could be overcome by integrating solar panels in the structure’s roof. The method is not only suitable for high-stories office building, but also for households.

Further consideration of applying solar panels is the absorbed power could be storage in the pumped hydro energy storages (PHES). PHES contributed to 97% of global energy storage, thanks to its affordable price and large storage system, with the longevity reaching at least 50 years. Mostly, the PHES system is located at the hill and connected with the hydropower system. However, situating the PHES away from the river provides bigger potential given the more variety of sites.

Andrew Blakers, researcher from the Australia National University, discovered that since the wind and PV does not require cooling water, the PHES renewable energy system will be able to minimize the required yearly water intake rather than the current fossil system. PHES, battery, and demand management might play an important role should Indonesia shift to renewable energy. 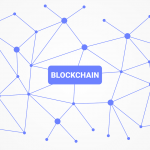 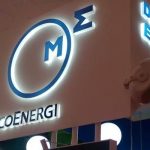 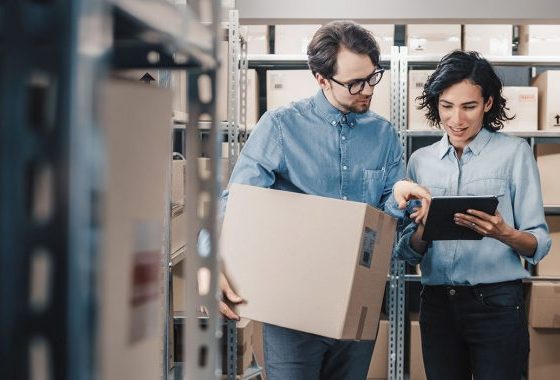 LOGISTICS AND SUPPLY CHAIN MANAGEMENT ARE PARTS OF A VAST SECTOR THAT INCLUDES... 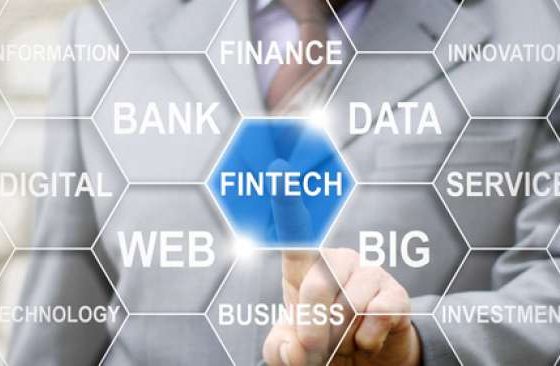