Home > News > Australian banks are opening up to cryptocurrency: what does it mean for you?

Australian banks are opening up to cryptocurrency: what does it mean for you? 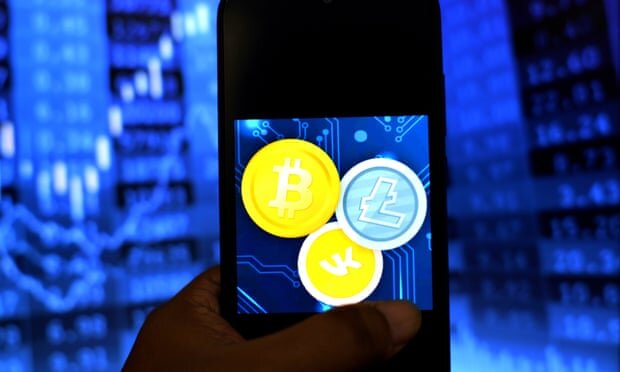 The currencies are notorious for wild price fluctuations, damage to the environment and use by ransomware gangs

The Commonwealth bank announced last week that it plans to allow users of its CommBank app to trade cryptocurrencies – the first of Australia’s big four banks to do so.

Cryptocurrencies are known for their wildly unpredictable price fluctuations, damage to the environment and use by criminals to try to disguise illegal activities, such as money laundering.

A number of countries, including China, Turkey and Vietnam, have banned or restricted the use of cryptocurrencies in their jurisdictions.

So why is the CBA doing this?

Based on account data, CBA thinks about 500,000 of its customers already engage in crypto trading.

CBA’s chief executive, Matt Comyn, said in a statement: “We believe we can play an important role in crypto to address what’s clearly a growing customer need and provide capability, security and confidence in a crypto trading platform.”

The bank will in a few weeks invite 2,000 customers to join a pilot program where they will be able to buy, hold, and sell cryptocurrencies through the CBA phone app.

The bank will initially offer 10 of the most popular coins, including bitcoin. (It will not include the parody-turned-US$35bn-market-cap dogecoin).

What users won’t be able to do is transfer cryptocurrencies to other people – all transactions will involve either buying or selling the coins for real money. This is because crypto transfer is difficult to trace making it attractive to criminals and a nightmare for the bank when it comes to complying with anti-money laundering and counter-terrorism finance laws – something banks find hard enough with regular money transfers.

Instead, all movements in and out of crypto are to take place through the customer’s own accounts, allowing the bank to better keep track of what’s going on.

What are the environmental issues?

Cryptocurrencies are generally created by computers solving difficult maths problems, a process called “mining” that uses a lot of electricity.

Bitcoin mining alone currently uses more electricity than Argentina, the majority of which comes from fossil fuels, and is on track to use more than Australia.

Burning fossil fuels to make electricity is a major source of global heating.

Yes – the price of bitcoin, for example, can halve or double in the space of a month or two.

This volatility is one reason why it’s not suitable for use as a real-world currency.

Transactions are also very slow and transaction fees are very high. Fees fluctuate a lot but are currently a little over 1% of transaction value.

This may not sound a lot as it is about the same as what you’ll get charged for using a credit card at a shop. But when you use a card, the bank is lending you money.

By contrast, transferring your own money between two Australian bank accounts is free, as is using eftpos.

Bitcoin payments are also much, much slower than the almost instant transactions available through credit cards and eftpos.

Even traditional transfers between accounts are becoming much faster thanks to what’s called the New Payments Platform, a system that all the banks are rolling out under which all transfers take less than a minute.

Bitcoin transactions currently take more than six minutes to be confirmed. Back in July, it was closer to 20 minutes – far too long for use in retail transactions. At that speed no-one’s going to use bitcoin to buy overpriced pizza because it will have gone cold and soggy before the transaction settles.

Some of the other cryptocurrencies CBA plans to offer aren’t much better. The average “gas fee” – transaction cost – of an Ethereum transaction is between US$85 and US $156, according to crypto.com data. This is fine for big transactions but not much use for small ones.

Much of the enthusiasm for cryptocurrencies as an actual currency comes from the United States, where banking technology infrastructure is poor by developed world standards. They still regularly use paper cheques, for example, which have largely been abandoned in Australia.

What is cryptocurrency used for?

Because of these problems there are few legitimate uses for coins as a currency. Most people who buy cryptocurrencies do so to speculate on their value.

However, since it’s difficult to trace, crypto is the preferred payment method demanded by ransomware gangs who hold organisations’ data hostage.

That also makes it good for buying and selling illegal goods and services, such as drugs and even, according to some reports, murder-for-hire.

People accused of unrelated crimes often tend to have bitcoin on hand when authorities swoop – in a number of recent cases the Australian Securities and Investments Commission has sought freezing orders over large holdings of bitcoin in the possession of defendants.

Among its core uses appear to be investment scams and money laundering.

Money launderers are prepared to wear a fair bit of volatility risk to clean dirty cash, and pay high fees along the way. Despite the occasional sudden fall, crypto in general is a rising market, so there’s even a chance to make money while laundering.

Many of crypto exchanges that currently operate in the mostly unregulated offshore world have suffered from attacks that have led to customers losing some or all of their money.

What are regulators doing about it?

US regulators have been stepping up their scrutiny of the sector. Last month the Commodity Futures Trading Commission charged the owners of trading platform Bitmex with operating an unregistered trading platform and other violations, including failing to implement required anti-money laundering procedures.

There are also grave concerns among regulators about so-called “stablecoins”, the value of which is supposed to be pegged to real-world currencies such as the US dollar or the euro.

Central banks around the world have become increasingly alarmed about the threat posed by stablecoins. In a joint paper last month the Bank for International Settlements, which is the central bank for central banks, warned that they posed a series of risks that would increase if any of them were able to obtain global scale.

In the past, one stablecoin issuer, Tether, claimed its coin was 100% backed by US dollars; however, this was not true and as a result last month the CTFC fined Tether and a related exchange operator, iFinex, a total of US$42.5m.

How does Australia regulate it?

Australia has been slow to regulate crypto. The Australian Securities and Investments Commission doesn’t have any regulatory oversight of most coins because they don’t meet its definition of a security.

However, the threat to consumers from crypto scams is a priority area this year, for the first time.

And last week Asic updated its information sheet for crypto assets, warning coin spruikers that a range of Australian laws could apply to them.

Meanwhile, a parliamentary inquiry led by Liberal senator Andrew Bragg has proposed the crypto sector be subjected to a lighter-touch regulatory regime than normal financial products.

In a report released last month, Bragg’s inquiry recommended changes including giving crypto a tax break in order to encourage its growth here. 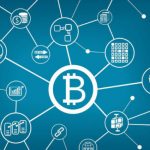 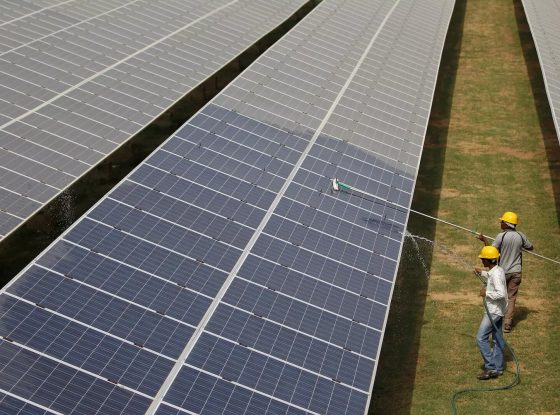 This is the technology driving the world’s renewables revolution